What is Geogrid? How is Geogrid Application Made? 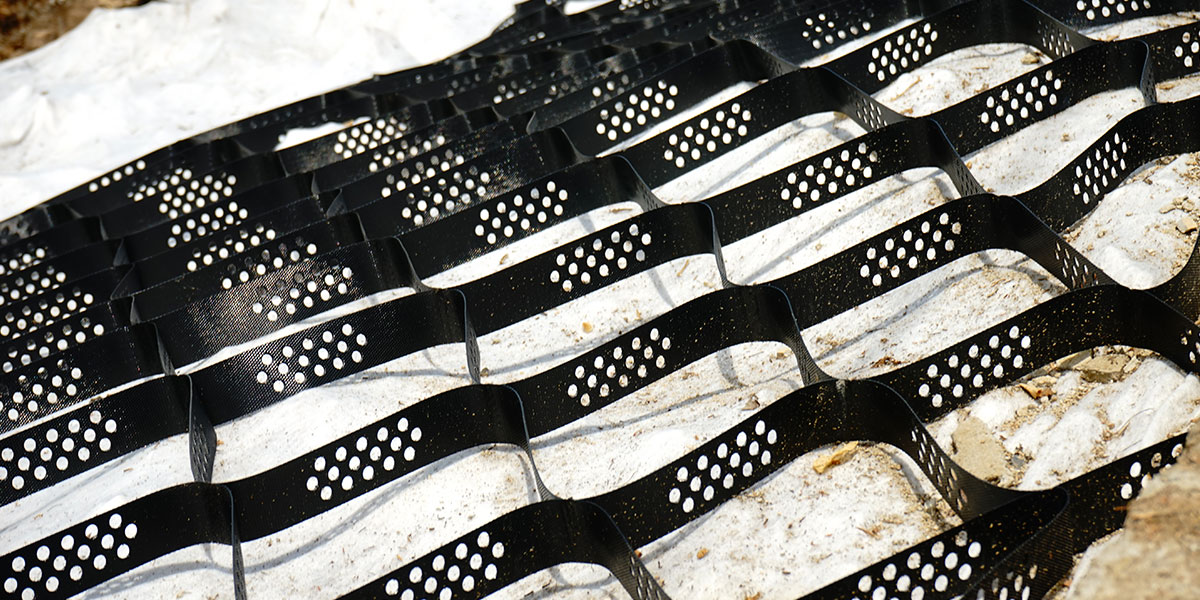 Base course reinforcement and base course stabilization for base courses with unbound superstructures such as construction roads, farm roads and work platforms in the case of poorly stable building sites.

In civil engineering, the reinforcement and stabilization of soils or the subsoil is one of the most demanding areas of application for geogrids. Geogrids are a sub-category of geosynthetics and only perform the reinforcement function. Their task is to give the composite body of soil and geogrid the necessary tensile forces so that the stability of the structure above is guaranteed in the long term. The reinforcing effect is created by means of force transmission through friction, interlocking and / or adhesion between the soil and the tensile geogrid, which creates a composite effect. In civil engineering, geogrids form the basis for long-lasting and safe solutions that cannot be implemented with classic earthworks or only with great technical and economic effort. These include the stabilization of unbound base courses, the reinforcement of steep slopes, support structures and bridge abutments as well as the foundation of traffic routes on poorly load-bearing subsoils. Common areas of application for geogrids are the construction of roads and traffic areas, construction roads, parking lots, railway lines, farm roads and commercial complexes.

What Are the Benefits of Geogrid Usage?

Geogrids are characterized by high tensile force absorption with the smallest expansion. The non-shifting lattice structure ensures an immediate force and form fit with the surrounding soil layers. Due to the monolithic flat bars, Geobera geogrid has a high level of robustness against installation and environmental stresses as well as high weather resistance in the global UV test. Approval has been granted for various Geobera geogrid types from European railways for use in earthworks in railway construction, for the reinforcement of surface seals and embankments. These products can be laid extremely quickly and easily, so that only low installation costs arise. System solutions with geogrids can reduce the thickness of road structures and often avoid soil replacement on soft subsoil. 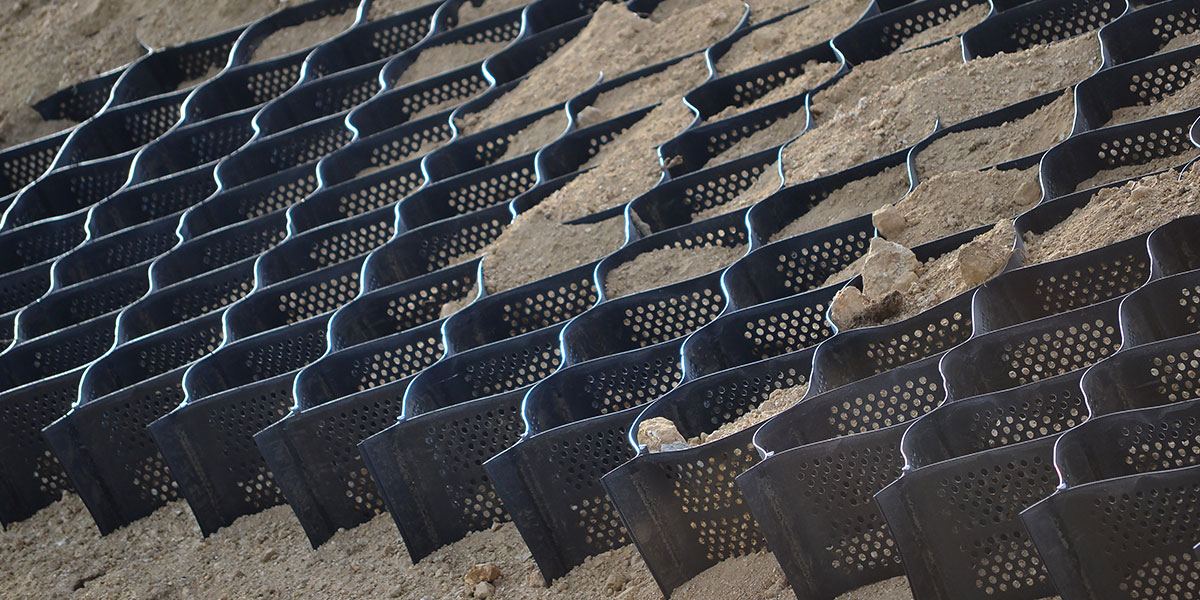 Our geogrids can usually be laid in any weather without large equipment. The assembly can be done with commercially available devices on the construction site. Overlaps are easy and safe to produce. Various geometric shapes can be produced on steep slopes. Geobera geogrid is an extremely robust and easy-to-install geogrid. With them economical and ecological alternatives to conventional construction methods are possible. This product enables the stable construction of structures on substrates that could not be built on without additional measures.

A geogrid is a special form of geotextile and is used, for example, to stabilize soft subsoil. In some regions the soils are so poor that additional stabilization measures are necessary. In such cases, solutions are required that meet economic and ecological requirements equally and are of high quality. Geobera geogrids help to increase the load-bearing capacity, especially when building roads, parking, garden and storage areas or with all kinds of access roads. The stabilization performance is achieved by the interlocking of the bulk material in the geogrid openings of the geotextile. This prevents (immobilizes) the movement of the bulk material and increases the load-bearing capacity even with slight deformations.

Our nonwovens meet the requirements that are necessary to achieve separation and filter stability. In addition, they withstand harsh installation conditions and, thanks to their high elasticity, adapt perfectly to an uneven surface. A nonwoven is often colloquially referred to as a nonwoven, so it is quite normal to speak of a separation fleece on the construction site when one means a separation fleece. The same applies when one speaks of road construction fleece, protective fleece or separation fleece, actually one means fleece materials and their properties related to the respective application.

Effective Stabilization and Base Reinforcement in Construction 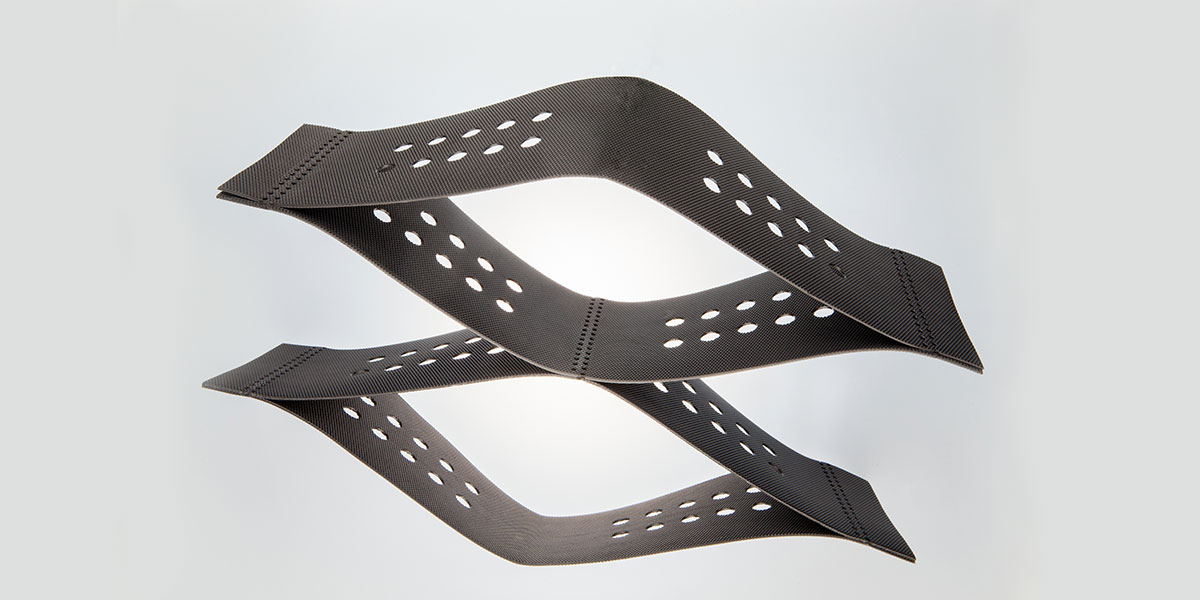 The use of geogrids thus prevents costly soil replacement or lime stabilization. Thanks to the high tensile strength of the flat bars and the low tendency of the raw material to creep, Geobera products also meet the requirements for minimizing impermissible deformations in the road surface with the most affordable geogrid prices. Geogrid is used if the separation and filter stability between the fill and the subsoil is insufficient. In addition to the increased load-bearing capacity through tour component, the mechanically bonded This heogrid nonwoven provides the necessary separation and filter stability in this shear-resistant composite.

In most cases it is unavoidable to increase the load-bearing capacity of the subsoil. The geogrids work through friction and interlocking with the surrounding mineral material and absorb high tensile forces even with small stretches. When granular bulk material for base courses is installed over the geogrid, it penetrates through the mesh openings and interlocks with the underlying soil particles. The geogrid forms a composite structure with the surrounding soil, which largely prevents the grains from shifting sideways and thus prevents friction.

How You Ensure an Ideal Subsurface

In both structural and civil engineering, it is important that the subsoil has certain minimum requirements in order to carry out the corresponding construction project. However, this is not always the case. On the one hand, it can happen that the subsoil has a low load-bearing capacity, so that it would endanger the statics of a potential building. This is especially the case when the soil consists of sand or soft earth. In these cases, it is possible to either replace the subsurface or to bring it into the desired shape with extensive work. However, it often makes more sense to use a geo-fleece or geogrid instead. These building materials are quite cheap and easy to install. This shortens the construction time and also lowers the construction costs.

Geogrids as A Protection and Filter

There are also geo-wovens with significantly less dense fibers that are suitable for other areas of application. They are used in particular to protect embankments. If the embankment is unpaved, heavy rain can wash away the earth. This has serious consequences for the landscape and the vegetation is made considerably more difficult. It holds the earth firmly, but the water can still penetrate. In many cases even plants can penetrate the fine fleece, so that vegetation on the embankment is possible. For many areas it is necessary to set up a drainage system to prevent waterlogging. For this purpose, coarse-grained bulk material is often used in the subsoil so that water can drain off. But often finer deposits penetrate and clog the drain and water could build up again.

In many construction projects, it is a very big problem that the subsoil is not sufficiently stable. Both when building buildings and during road works, this can mean that the result is unsatisfactory and has only a short service life. This is especially the case when the soil is very soft and swampy or the subsoil consists largely of sand. If you do not want to remove the soil to a large extent and replace it with other materials, you can attach a geogrid. After that, only a relatively thin layer of filler material is necessary in order to achieve high stability. Our geogrid product consists of a sturdy plastic that is particularly strong. The gaps in the lattice structure are designed in such a way that the filler material hooks into them. Coarse-grained gravel is usually used for this. Two grid layers are often used for a particularly good hold.

In addition, Geobera geogrid ensures a more even distribution of the forces acting on it. With a point load, it does not give way downwards, but distributes the force over the entire surface. If you want to stabilize the subsurface for your building project or protect an embankment, you will find the right products at Geobera. We have an extensive range of geogrids and geo-tiles ready for you. Therefore, we have gained many exportation networks through continents, we have been exporting quite divers materials to the USA, the UK, France, Saudi Arabia, Russia, Algeria, Malta, Hungary and many more. If you are willing to get more information about what is geogrid you are always welcome to contact us. Also you are a tiny hair far away from our next informative article about our other services, it is enough to click on this link only.