Where Is Geomembrane Used? 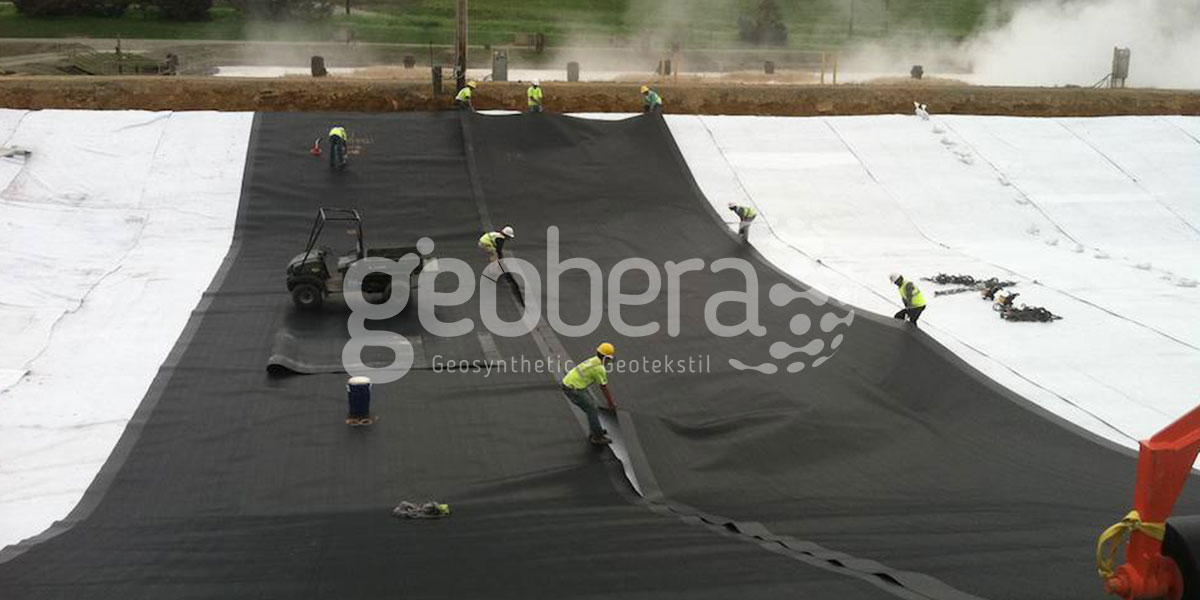 Geomembrane liner is a structure used and produced for geological purposes. Generally, it is cultivated and used under the ground. It is also known as thin synthetic waterproofing covers. The use of geomembrane is not limited to underground. It is also applied as the last layer on roofs, ponds, and pools, depending on the usage.

Geomembrane is intended to provide insulation and surface protection. For this, it consists of materials made of synthetic materials. It has a particularly high chemical resistance. High tensile strength lowers the permeability. It is resistant to puncture and cracking. Geomembranes are generally used for impermeability purposes.

What are the Geomembrane Properties?

Geomembrane properties are as follows. They are produced resistant to chemical substances. Their permeability is low. They are resistant to punctures and cracks. It has a long-lasting production and use. It has high strength and elongation. Usually, its implementation is fast and financially viable. It has a flexible structure and is never fragile.

It is easily repaired. Geomembrane application details are as follows: To not damage the geomembrane, the rolls should be packaged appropriately. In addition, the geomembrane should be stored in a way that it is not punctured dirt, oil, water, moisture, mud, mechanical abrasion, excessive heat.

What Should Be Considered With Geomembrane?

What are Geomembrane Usage Areas? 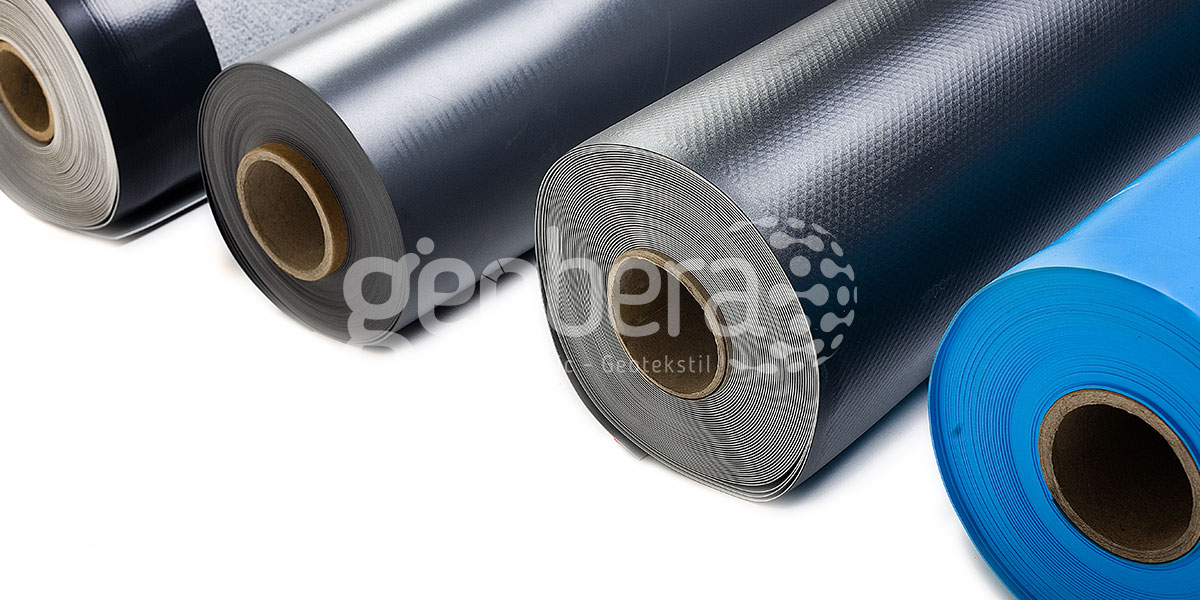 Geomembranes are used only as synthetic insulation materials. They are made of PVC, the main ingredient. Thanks to its polyester weaving feature, its resistance and impermeability are reduced. It has a waterproof feature. Insulation structures have high resistance to heat permeability and variability. Geomembrane usage areas are quite wide. Geomembrane lining is preferred in solid waste storage areas. It is used in ponds and artificial lakes. It is preferred in medical waste collection areas.

It is used in treatment and irrigation pools. They are applied and preferred in insulation and surface protection in canals and canalettes, toxic waste areas, tanks, wastewater pipes, tunnel insulation, dams and water retention ponds, fish and seafood production ponds, buildings, plant treatment facilities, underpasses, subway works. It is also applied as the last layer on roofs, ponds, and pools, depending on the usage. It is resistant to puncture and cracking. Geomembranes are generally used for impermeability purposes.

In Which Areas Is Geomembrane Used And What Are Its Features?

Today, many types of synthetic rubber materials are used in the industry. It is made of original geomembrane rubber. Importantly, it is used as a coating in potable water pools. Its ingredients become soft and flexible when heated. But some of its own will not change. When the materials cool down, they return to their original properties. The purpose of using geomembrane is to provide impermeability. This ensures impermeability in the fields. The most common application methods among geomembranes are as follows. It is used in irrigation water canals and tanks, industrial water canals and tanks, drinking water channels and tanks, the need to cover various reservoirs and waste material storage to prevent the spread of pollution.

Geomembrane Uses and Other Environmental Uses

It is a barrier against the steam that usually occurs under buildings. It is used for the control of swelling ground conditions. It is used to control the soils that are sensitive to frost. Used to dissolve water infiltration in some sensitive areas. It is used to stop harmful liquids and wastes that may occur under the highways. It is used in temporary surcharges due to the coating structure. It is used as a layer that prevents the impermeability of coatings such as asphalt and superstructure.

What Are The Application Areas?

It takes place in the way of application in underground or aboveground networks. It is applied in many pond constructions. These; ornamental ponds, fish, and garden ponds. It is applied in dam channels, Canaletto construction, or in existing dams. PVC membranes should never make direct contact with the bitumen product due to their chemical structure. It is essential to use a separating layer geotextile felt, which has to be applied. Other areas of use are also used in building foundations and certain processes.

It also offers solutions for highway tunnels. It can be applied on reinforced concrete roofs. It is applied for ballasted roofs. It is used in subway structures. It is used in underground galleries. The operation can be made in sheds. Wet areas can also be used. It is used in building dilatation (cavities) systems. A wide variety of concrete and steel roofs can be treated. These are heat insulated and uninsulated roofs.

Parapets and hidden circles are also used. It is also used in difficult weather conditions in our country. With this application, it takes place on all kinds of roofs exposed to sunlight. It has been developed for laminated felt in sandwich panels. This application has a solid vapor permeability. It can provide trouble-free insulation at an estimated -30 ° C. It is suitable for hot air sources. It is resistant to high tears with polyester reinforcement and felt lamination.

It has been specially developed for water tanks created to use drinking water. These PVC waterproofing membranes never contain heavy metals. It is usually applied by hot air welding. They are produced in blue color in the production of lower and upper layers. Various colors can be produced in the demands of individuals and institutions. The geomembrane used in the field of building material has a separating or selectively permeable layer. In the field of waterproofing, they have applied to the surface thanks to their waterproof materials. It is generally sprayed in liquid form or with a pressurized system. 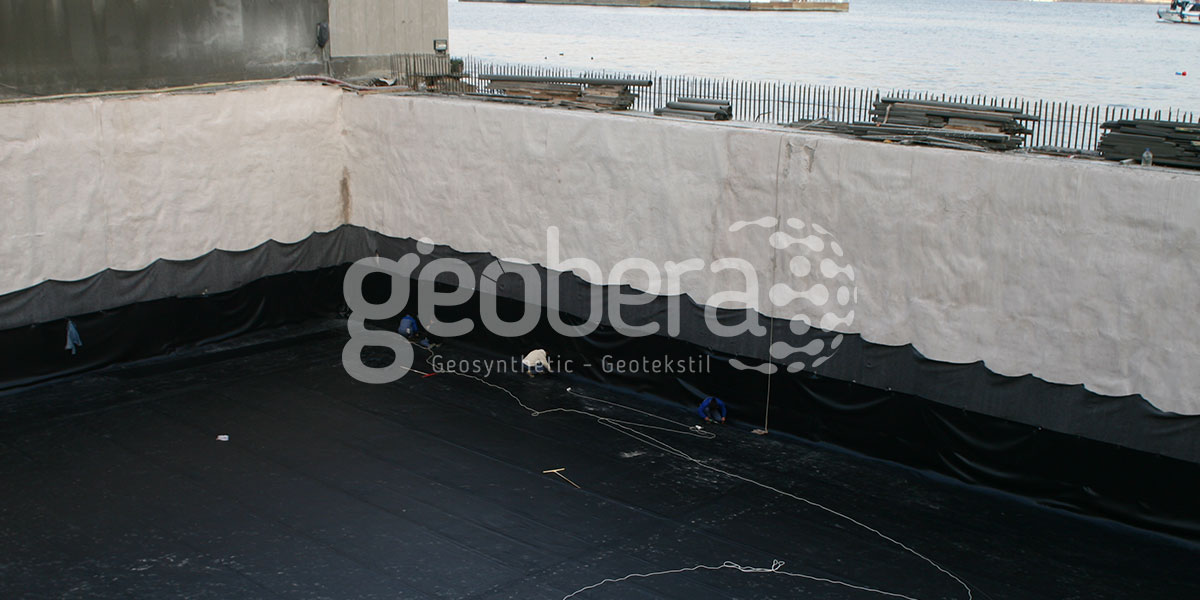 They are applied to facilitate the purification processes in terrace roofs, foundations, hipped roofs, hidden stream applications, rain gutters in winter and spring, flower beds or flowering areas, and wastewater treatment facilities. They are used in garden terrace applications. Car parks and various water tanks are used to benefit and solve pressurized underground problems. They are used for water and steam insulation in wet areas. They are used in the insulation of basement walls.

Geomembrane is also treated in areas such as canals, fish farms. It is also widely used for various irrigation ponds. It is used as insulation in regular storage areas. It is especially preferred in oil and gas exploration sites. They are applied for insulation purposes in power plants. It is generally used in shrimp ponds and aquaculture ponds in seafood. In mining, geomembrane is applied in pool batch and solvent tank in washing pools in mining industries.

PVC Geomembrane; It consists of synthetic raw materials. It is also in the form of protective layers used to provide liquid and thermal insulation. PVC is a long-lasting, weather-resistant plastic alloy. It is a polymer produced in petrochemical plants consisting of a mixture of petroleum and salt.

They are generally soft versions of PVC raw material. They are mixed with reinforcers and other additives, processed by an extrusion system, and shaped homogeneously.

What are the Usage Areas of PVC Geomembrane?

They are used to form profiles such as doors and windows, vinyl facade coatings and applications, all pipe and plumbing products and applications, electrical cables, construction or coating works, chemical drugs in food and pharmacy areas, and waterproofing applications with wastewater pipes.

It provides thermal insulation without any problem with its chemical feature. It prevents heat loss and provides energy savings. It gives an extinguishing feature in cases such as the ignition. It is lighter than aluminum. It provides sound insulation, prevents noise pollution, and is used in construction and technical areas. It is recyclable and reusable.

Generally, there are different prices of companies for geomembrane liner prices. These prices vary depending on the products and applications. Some users can also get prices directly from factories. Membrane prices vary according to their types and lead times. When preparing prices, companies determine the price over the market. In addition, prices are determined according to membrane types such as sandy membrane, aluminum foil membrane, slated membrane, and membrane dimensions. You can visit our geobera.com site to achieve perfection with a geomembrane, a special product that you can use in all your projects.