Structure and Usage Areas of Geomembrane! 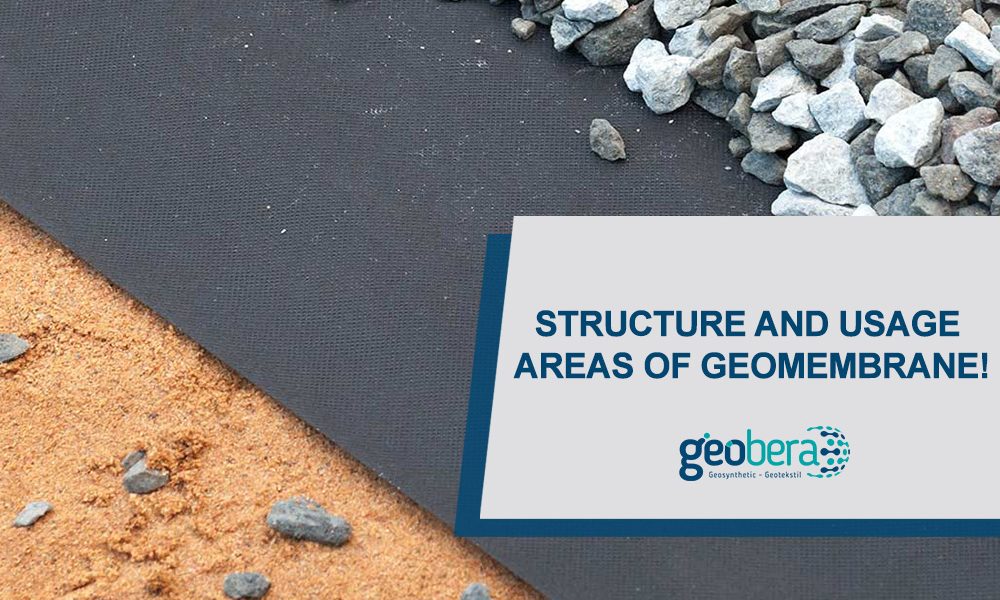 Geomembrane is a ground coating material which has a variable thickness and width, consisting of polymer resin, plasticizers, a variety of fillers, carbon black, lubricants and a mixture of various raw materials mixtures that undergo various processes.

Geomembranes differ from each other in terms of their characteristics and structure. Let’s take a look at the types of geomembrane.

What Are The Types of Geomembranes?

In Which Areas Is Geomembrane Used?

As it is shown above, geomembrane is widely used product. An insulating material, geomembrane, lasts longer than other types of insulation and is very practical. Geomembrane, a synthetic insulation product, is produced from PPC and different mixtures with a unique content and technology.

It is in high demand since it is waterproof and heat resistant. The product which is used in thermal insulation is also frequently used in large infrastructure projects.

It is possible to come across different types of geomembranes since the product which can be produced from synthetic rubber materials has become industrial. Geomembranes made of rubber are used as coating materials especially on the floors of potable water pools. The material becomes flexible when it is wet, but it doesn’t lose any of it’s properties and strength.

You can choose a proper and suitable geomembrane for your project. Geomembrane installation also requires expertise, the structure can be seriously damaged if it’s not conducted properly. Geomembranes are also used in sports field grounds, ensuring that the floor is not damaged. You may get in contact with us whether you want to buy or get information about geomembranes.