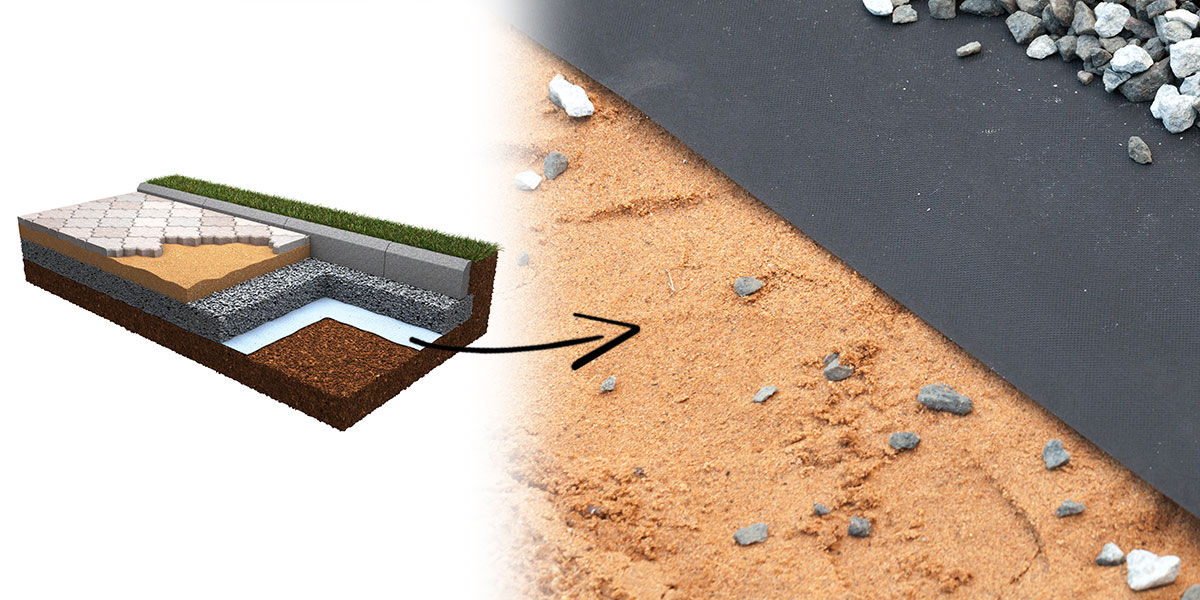 Thanks to this feature, it is used on dam bases and against landslides. In addition to its corrosion-resistant structure, it also has a resistant feature against impacts. It is resistant to factors that accelerate decay such as seawater, mold, and rust. On the other hand, it protects products such as styrofoam, foam, jamb, adhesive powders, which are heat insulation materials. Geotextiles have a wide production capacity. The product, which has a homogeneous structure, is preferred in different areas of use. Geotextile materials are used to find solutions to the problems in the sector at affordable prices and to ensure that the solutions are permanent. Geotextile applications are also made for unpaved road design methods and principles, for the construction phase of paved roads and flight runways, or when an aggregate-filter layer is laid on soft ground.  With the findings, this application can determine the life of the reinforcement layer. It has been found to increase 3 to 10 times.

Where Are Geotextile Fabrics Used Mostly in Malta?

It is used in the construction foundations as a building pressure spreading layer as well as in the transportation in order to prevent collapse and deterioration on highways. Geotextile fabrics are ideal to protect water and the insulation materials used on the roofs and floors. In addition to the construction applications and fields, geotextile fabrics are also common in the furniture and shoe industry. They are indispensable materials in such productions. Those applications are made even when a filter layer is laid on the soft ground during the road construction phase. Non-woven Geotextile, which is the ideal filter material, is suitable for use in drainage. The product must be used before the new layer is poured on the old asphalt. Before any action is taken on weak ground and road, help is obtained from these products. Thanks to the geotextile felt, a solid, flat area is created on the ground and the road. Erosion control is provided with Geotextiles in the shadows of coastal structures. On the roofs, Geotextile felt is preferred for thermal insulation. 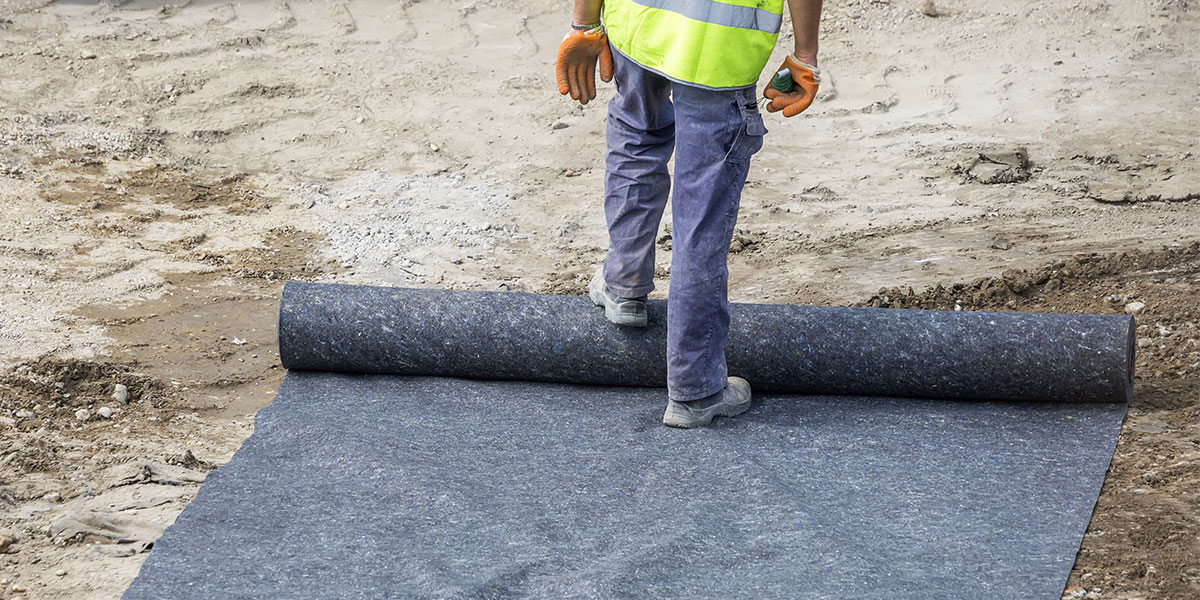 Roads are the most used areas of the geotextiles. One of the most common uses of the geotextile is unpaved roads. In case the foundation ground is the soft cohesive ground or in rainy seasons. In this case, with the mixing or sinking of the aggregate layer into the soft ground, the thickness of the load-distributing aggregate layer decreases. It is necessary to lay the aggregate from time to time by performing the maintenance or to lay thicker from the beginning, considering that the aggregate thickness will waste. In cases where the foundation soil is cohesion less or a water-saturated soil with little cohesion such as silt, repeated loads applied by vehicles and other live loads cause high pore water pressures. This may cause partial liquefaction of the ground.

What Are the Advantages of Using Geotextile Fabrics?

Geotextile facilitates the laying and the compaction of the aggregate by preventing the mixing of the weak foundation soil and the aggregate layer and prevents the aggregate from sinking into the soft ground. Geotextile applications are also made for unpaved road design methods and principles, for the construction phase of paved roads and the flight runways, or when an aggregate-filter layer is laid on the soft ground. It can be preferred to spread heavy and sudden loads on the ground evenly. Thanks to this feature, it is used on dam bases and against landslides. The main task of road foundations is to take the loads from the vehicle tires and distribute these loads along the foundation and reduce them to a value that the subgrade can bear. The loads disappear along the different layers within the foundation. Over time, under vehicle loads, the natural soil under the foundation starts to seep into the foundation part consisting of granular (granular) material. Contamination of the granular foundation by this weak clay-containing soil causes a reduction in the designed (calculated) height of the road foundation thickness. The decrease in the thickness of the foundation causes the carrying capacity of the road to decrease and the life of the road to decrease. 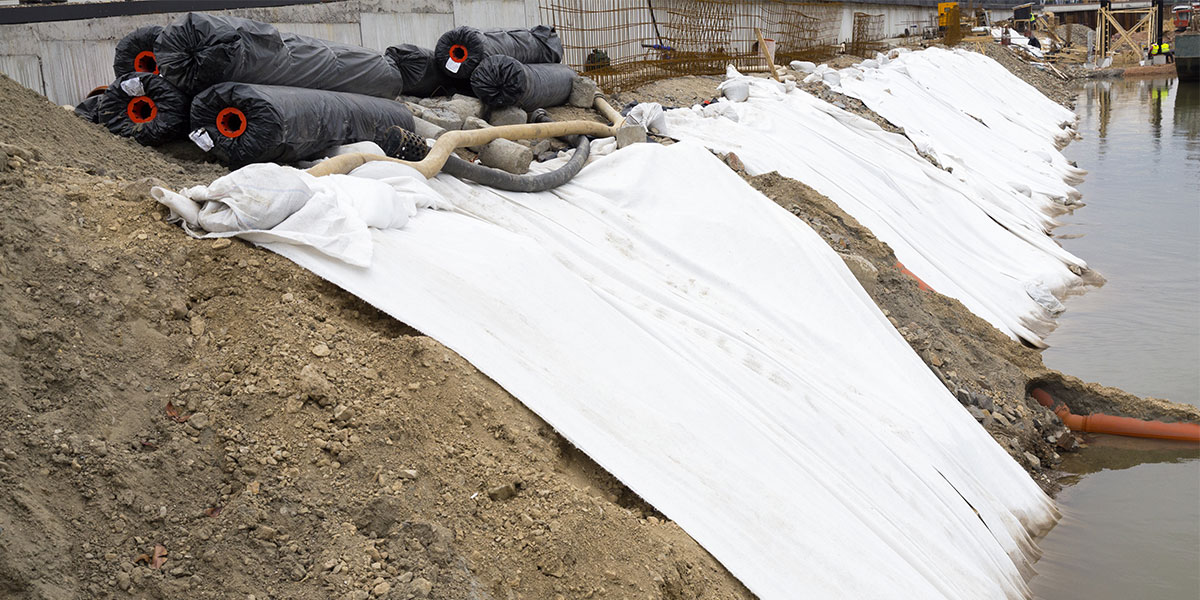 Possible uses of geotextiles in dams are shown. The first use of geotextiles in dams was in 1970 at Valcros Dam in France. In addition, the first use of nonwoven geotextiles in drains was in this dam. With the findings, this application can determine the life of the reinforcement layer. It has been found to increase 3 to 10 times. Geotextile applications are also made for unpaved road design methods and principles, for the construction phase of paved roads and flight runways, or when an aggregate-filter layer is laid on soft ground. It delays reflection cracks, prevents the cracks in the old coating from reflecting on the new reinforcement layer above. It absorbs the bonding layer and forms an impermeable layer to the foundation, sub-base, and base. This layer increases coating stability by preventing water infiltration.

Where Should People Get This Service?

Unless the products that you are going to use for all these purposes are not high-quality, you will have to face some serious circumstances after the application. In the light of this, you are able to trust the quality of products that Geobera company. This company is one of the most experienced ones in its field from an international perspective. This expert company in this field has been sending a wide range of geotextile products and due to its top-quality service it has quite extended exportation network between Egypt, Afghanistan, Serbia, Portugal, Kosovo, the UK, Italy and so on. You are able to have a close look at their projects and geotextile fabric costs via their homepage and experience the highest quality in professional hands.